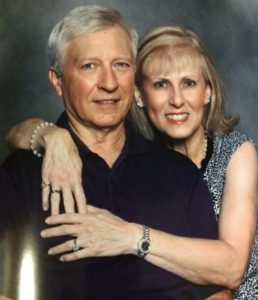 About the event director

Ray Michiels has a Bachelor of Science in Physical Education, with a Minor in English, and a Master of Science in Recreation, plus thirty hours of additional graduate level work including twelve graduate hours of dance from Northwestern State University of Louisiana at Natchitoches.

He is a former high school football coach turned dancer and worked in the field of Education for 36 years.  Ray owns and operates the Lucky Stars Dance Studio in Alexandria, Louisiana. He has danced professionally in the UCWDC, Fun Country, and American Dance Association Circuits since 1991. He and his first partner qualified for and danced in the first ever UCWDC World Championships in Nashville in January 1993, in Division II. They won 1st Place in Division I in Joplin in 1994 and 1st Place Overall in Diamond Classic Advanced at the peach State event in Atlanta, Georgia in 1995, before retiring from competitive dancing.

After a five year absence from competitive dancing, he began coaching and dancing with his amateur students in the Pro Am divisions of ACDA and UCWDC. He is currently dancing in the Pro ProBronze Division of ACDA as well as pro pro Diamond in UCWDC.  He is also dancing  couples Gold and Silver Advanced in ACDA as well as GoldI/II in United Country Western Dance Council.

Ray and his partner won the ACDA National Championship in Gold Intermediate couples division in 2016. He is the owner/event director of the Louisiana Country Dance Hayride in Alexandria, Louisiana. Ray is married to the lovely Ellen Domangue Michiels, and they reside in Forest Hill, Louisiana. They have six yorkies and three cats. They have been married for fifteen years.